At Torrens University we are proud of all our students and graduates. In the case of Caitlin Foord and Mackenzie Arnold, the whole country looks on them with pride. These two Nutrition graduates are also members of our national women’s football team, the Matildas.

As well, Caitlin Foord plays as a forward for FA Women's Super League club Arsenal. At the age of 16, she became the youngest Australian to play in a World Cup when she represented our country at the 2011 FIFA Women's World Cup. Mackenzie Arnold also plays as a goalkeeper for West Ham United in the English FA WSL.

They both live in the UK, and while studying for their Diploma of Nutrition, Caitlin and Mackenzie, together with the rest of the Matildas team, represented Australia at the Olympics.

In between games and their busy touring schedules, these inspiring women took the time to share insights into their careers and their decision to study Nutrition at Torrens University Australia.

The Matildas are highly regarded at home and internationally and raise the profile of female players in Australia. How does this feel?

Caitlin: When I think about this it's crazy that myself and the whole Matildas team can have this effect on people. The Matildas have come a long way since I started playing and it's been amazing to see how far the women's game has come in general. It's exciting and rewarding to know I'll leave the game in a better place.

Mackenzie: I feel really grateful about what I have achieved with my football career to date. And I would encourage young women to dream big right from the start and pursue what makes you happy – that’s what it really comes down to.

In 2021 you both began your Diploma of Nutrition studies. What led you to choose a Nutrition course?

Caitlin: It was something I had been thinking about for a long time – to study again – but I didn’t know what I was interested in; what I should study. COVID finally helped me to put that thought into action – with a lot of time on my hands during the pandemic, I decided to do it. I picked Nutrition because, in recent years, I had found myself growing more and more interested in my nutrition and how I can use it to improve my performance. As an elite athlete, nutrition plays a big role in my performance and recovery.

Mackenzie: It took me a while to come to the point where I knew I wanted to study. I had a chat to the Matilda’s Player Development Manager, and we decided that Nutrition or teaching would be a good place to start, as that’s what I’m really interested in. I decided to go with Nutrition because I had learned about it when I was working on bettering myself as a footballer, and really enjoyed it. When I signed for West Ham, I had a lot of spare time, especially in the winter here in the UK when it’s too cold to do much, so I thought I should put that time to good use and start a course.

The Diploma of Nutrition is an online course, and all the classes are recorded. This allowed Caitlin and Mackenzie to study from the UK and fit their studies in around their demanding football careers.

‘Torrens University ticked all the boxes, and the lecturers and other staff were nothing but supportive to make it work,’ Caitlin says.

Mackenzie agrees: ‘I chose Torrens University because I knew they had a partnership with the PFA [Professional Footballers Australia]. Also, they were really flexible with an athlete’s training and playing commitments – so that all appealed to me.’

Talking about how she found time for her course work alongside training at an elite level, Mackenzie says, ‘It definitely was a challenge to juggle being a professional footballer and studying, but it’s not impossible to balance – you just have to be organised. Also, I did lean on Torrens’ flexibility and asked for a few extensions.’

‘It's essential to keep a balanced lifestyle,’ says Caitlin. ‘As elite athletes, our work is very intense and takes a lot of energy, mentally and physically. So, in the time I have outside of football, it’s important for me to switch off. That’s why study was actually a nice change and a new challenge. I could switch my brain off football and focus on something new.

‘I do believe it’s important for athletes to prepare for life after their sporting careers. This was something I was always told but never listened to. When I eventually did think about it, I realised that as professional athletes we have a lot of spare time and it’s a great opportunity to study. Even if it takes us a bit longer to complete our degrees because of our training commitments, it’s very rewarding in the end. I plan to use the skills and knowledge I gained through the Diploma to better my performance and recovery strategies. As well, it's important to know how to keep my body healthy post my career, when I won't be using as much energy as I do as a professional.’

What would you say to anyone who wants to combine their passion, such as a love of sport, with university studies?

Mackenzie: Pick something you’re interested in versus something you feel you have to do. There’s never a wrong answer though; if you start something and don’t enjoy it, chances are you can probably get future credits for the subjects you did anyway. Enrol and give it a go! I would recommend studying at least one to two subjects around your other commitments. There will never be a great time to start, so start chipping away at it and lean on Torrens’ flexible study options like I did. You won’t regret it!

Caitlin: Find something that interests you and give it a go. You'll know when the time is right for you to start your studies. If I can do it, literally anyone can; I was never the most academic kid at school. To be honest, before this I didn’t think study was for me. But my experience studying Nutrition has given me the confidence and belief that I can achieve anything academically if I want to. It just takes time and commitment. I would say keep working hard and enjoy the moment. It's so rewarding when you finally make or complete something you have worked hard for. Nothing worthwhile comes easy – I've found that in football and in my studies.

Mackenzie says, ‘I really enjoyed the course and loved studying online in my own time around training. A highlight was probably doing it with my teammate and friend Caitlin Foord – we enrolled at the same time so we would have study nights and support each other as we managed our study and football schedules. I highly recommend a good study buddy! I will definitely be applying my new knowledge about nutrition in my own game and using myself as a guinea pig to see how far I can take my game. And then, who knows? I might look to help others too.’

In July and August 2023, we can cheer on the Matildas at the FIFA Women’s World Cup, hosted by Australia and New Zealand. 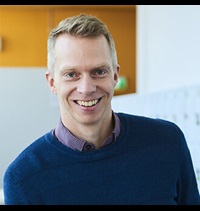